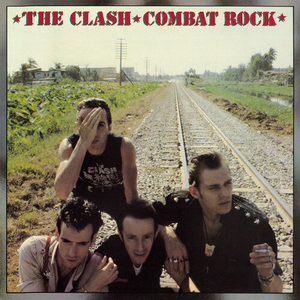 “Combat Rock” is the sixth album by English punk rock group The Clash, released in 1982. It was produced by Joe Strummer and Mick Jones (credited as “Jonesy”), with recording taking place at Wessex Studios in London between May and June of that year.