“When Love Takes Over” is a song by French DJ and record producer David Guetta, featuring vocals by American singer Kelly Rowland. It was released as the lead single from Guetta’s fourth studio album, “One Love” (2009). The song was written by Guetta, Rowland, Frédéric Riesterer, and Giorgio Tuinfort, and was produced by Guetta, Riesterer, and Tuinfort. It became a commercial success, reaching the top 10 in several countries and becoming a platinum-certified hit in several others. 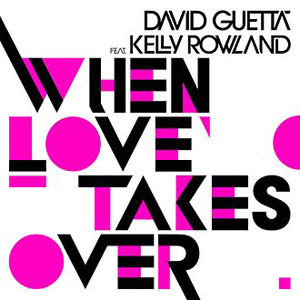